This system from an Air Force Security Forces Squadron had performance issues including an out of level track that left the anti-tip bracket dragging across the floor, stored weapons colliding due to multi capacity barrel saddles and the stackable weapon racks were too tall for shorter armorers to reach weapons on the stacked weapon rack.

Fully retractable weapon rack doors do not save space as the name indicates, they in fact take up more floor space and store less weapons per cabinet due to loss of internal cabinet storage space with receding cabinet doors.

Not only do the legacy retractable door universal weapon racks take up more floor space and store less weapons, they do not come standard with fully slotted back panels. Utilizing a punched shelving backstop called a support rail, armorers only receive two slots on the support rail to adjust components. If armorers needed to store two varying height weapons side by side, they would be forced to purchase an additional support rail. 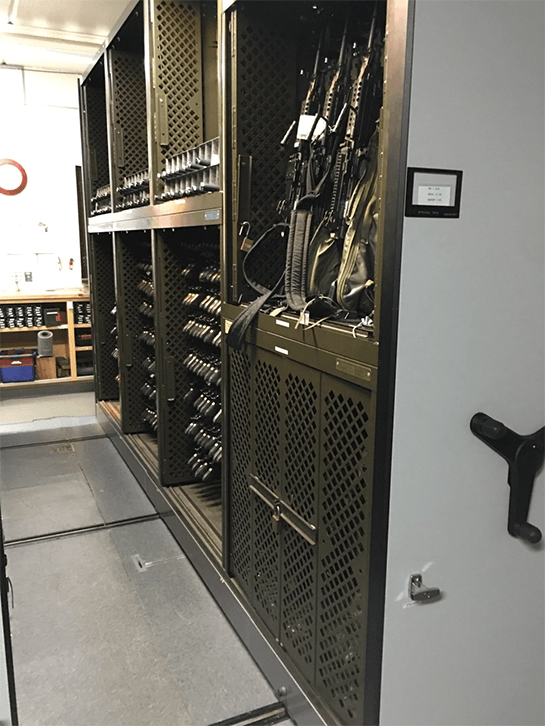 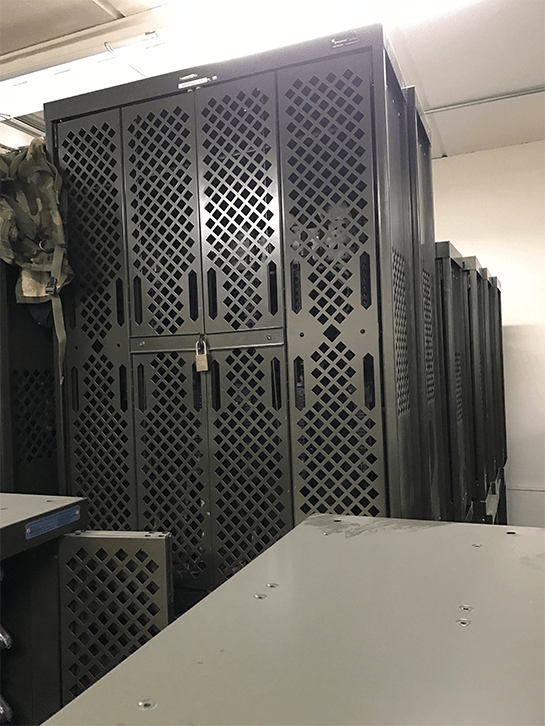 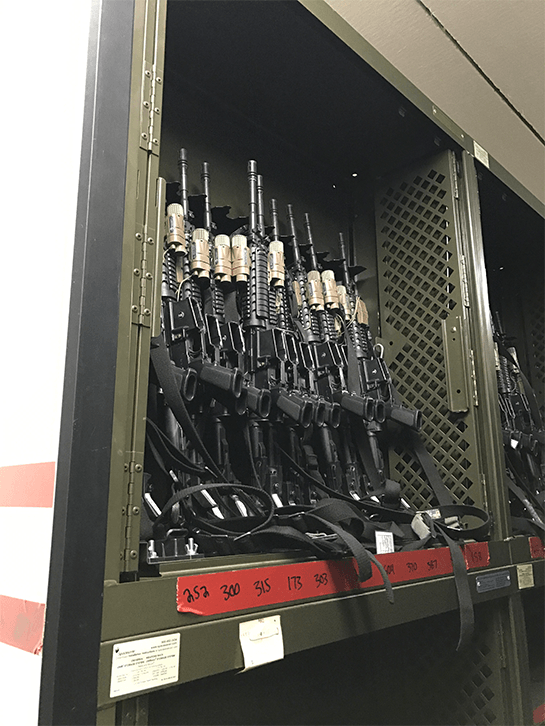 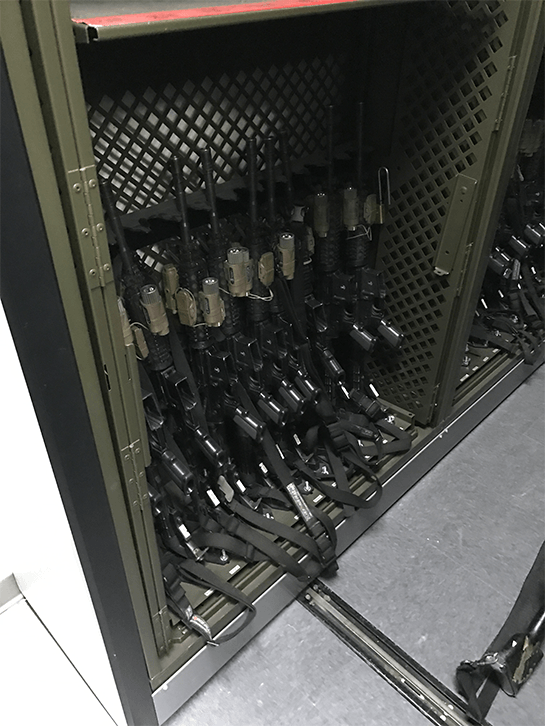 Weapon spacing between rifles is too tight with the multi capacity shared barrel saddle. Weapon slings spill out of the cabinet and get caught in the high density mobile carriage system. 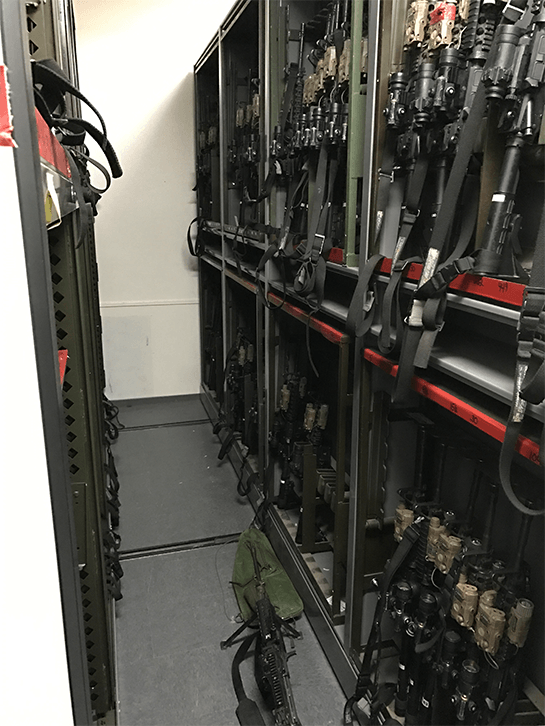 M12 Small Arms Racks are used in the high density system as the Space Saver weapon racks did not meet the storage capacity requirements due to retractable doors.

Scuff marks on the VCT show where the carriage was dragging due to an out of level track installation which caused major negative performance issues for this system. 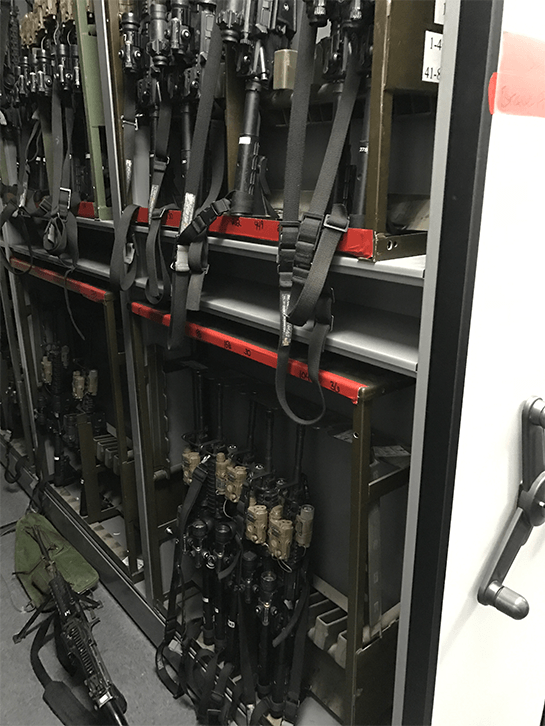 Due to the larger size of Space Saver Universal Weapon Racks, the military was forced to use M-12 Small Arms Racks to fill out their MTOE to store all weapons.

The replacement of legacy Space Saver weapon racks in arms rooms across the military includes both free-standing and mobile weapon rack systems.

With our fully slotted back panel, armorers can plug and play with individually adjustable barrel saddles storing an M16 next to an M4 without having to purchase additional support rails and with proper spacing for optics attached to weapons. 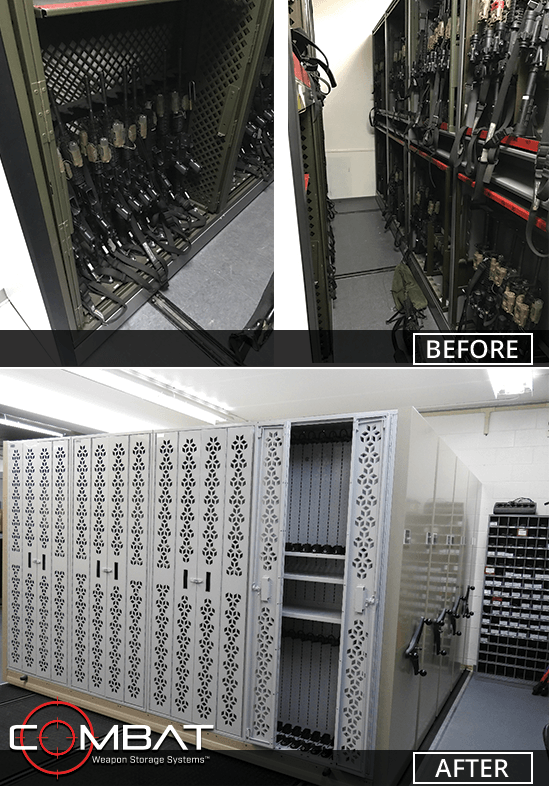 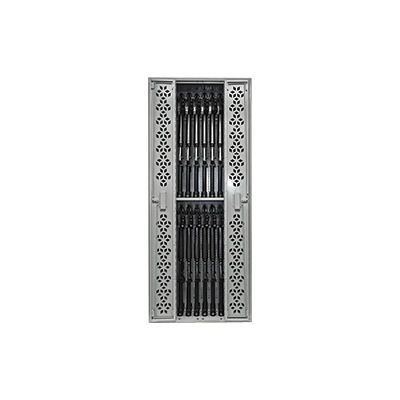 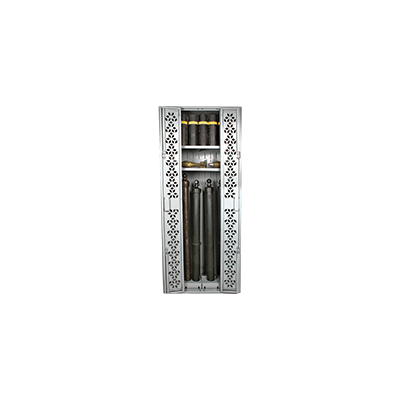 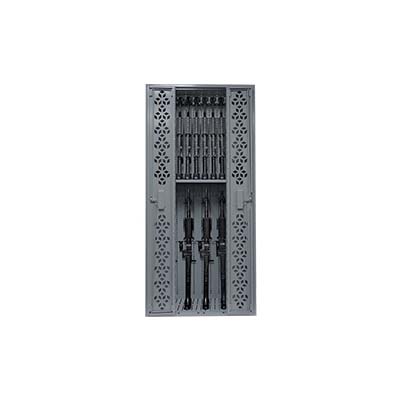