The US Military is transitioning from M9 Beretta pistols to Sig Sauer P320s, both the M17 and M18 variants.

Every week we field the same phone call, we’re migrating to the new M17 or M18, do we need to order new parts?

The answer is NO. While your pistols may be changing, the components we manufacture to store pistols will store the P320 with no changes necessary to existing Combat Weapon Racks.

Offset pistol peg strips do not require dedicated space inside of weapon racks allowing pistols to be stored in between the barrels of rifles.

Pistols can be stored by themselves in a rack full of pistols or mixed in with rifles or crew-serve weapons to blend them into your weapon rack system when your storage capacity requirement is low.

Pistol Weapon racks can be ordered via our GSA Schedule or by National Stock Number.

NSN Weapon Racks are pre-configured Combat Weapon Racks that can be ordered through supply channels. NSN Weapon Racks from Combat Weapon Storage Systems can be loaded without having to be field certified by a physical security officer. The weapon racks must be bolted to the floor, wall or side to side with adjacent racks to meet the 500 lb requirement. 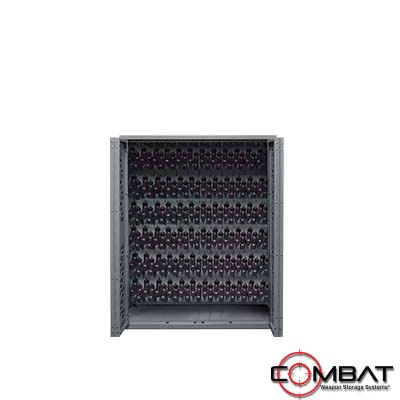 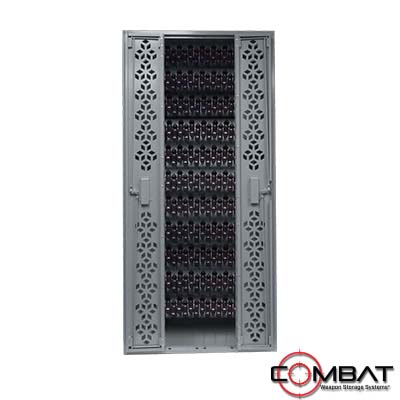 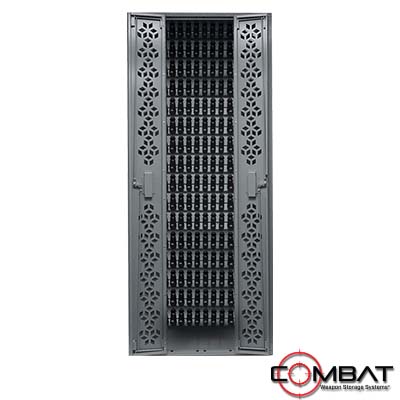 Mobile Weapon Rack Systems are a Combat Weapon Storage specialty. We’ve installed well over a million miles worth of track over the years as a corporation including some very large arms rooms. 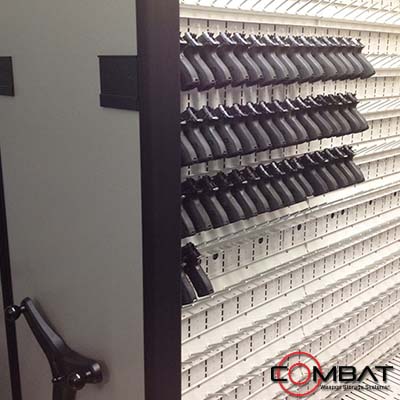 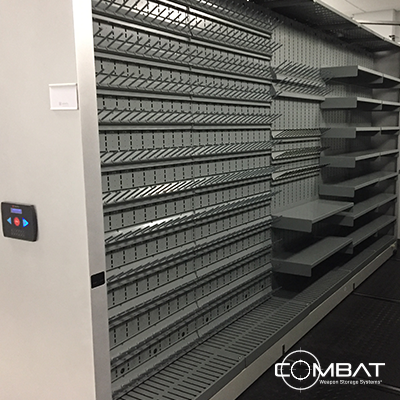 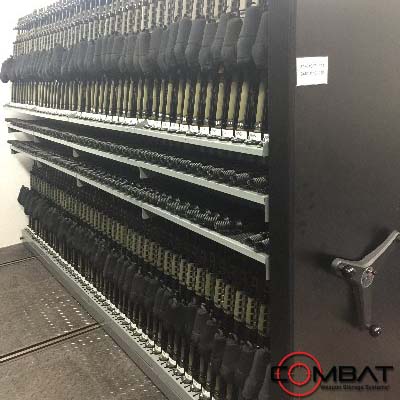 Call, email or fill out our contact form for a free survey of your arms room.

Combat Weapon Storage Systems have designed armories for all branches of military.

Let us help you build, organize and expand your arms room to be ready for action. 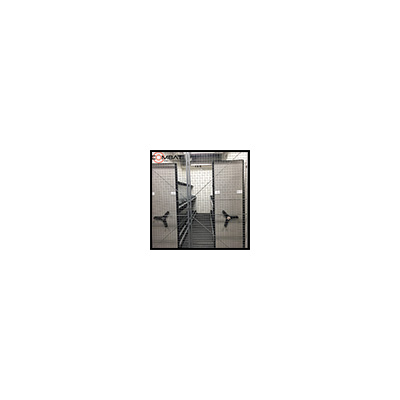 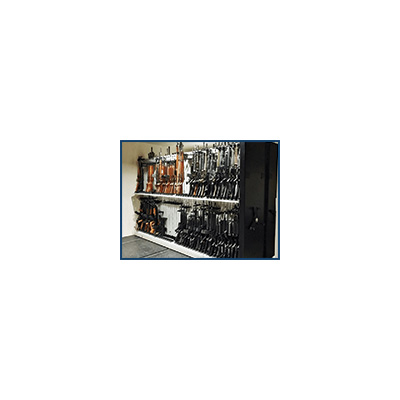 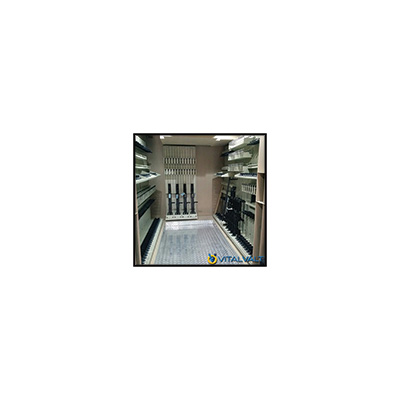