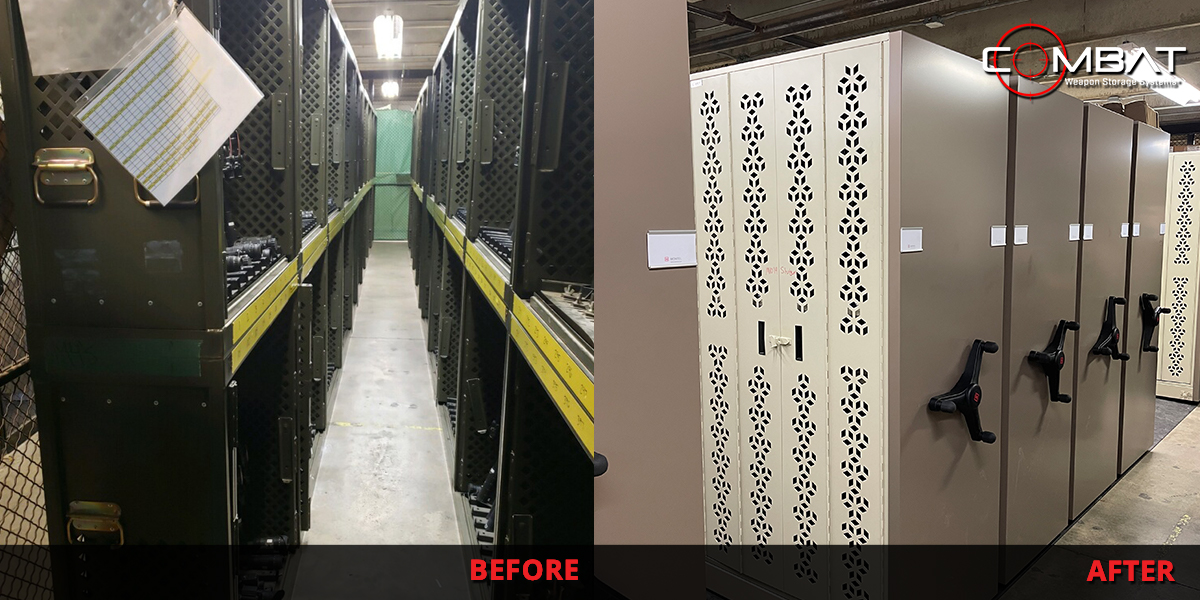 Combat Weapon Storage was awarded a contract replacing legacy space saver weapon racks for the Marine Corps. The Marines have been plagued with weapon racks purchased from an IDIQ contract in the 2000 decade that take up more space than they save.

Combat Weapon Storage was contacted by the Marine Corps to do a free site survey including storage of weapons, gear, workbenches and secure shelving storage for sensitive serialized items.

The existing racks had a larger footprint, storing less weapons in more floor space leaving the Marine Corps armorers with access aisles 21″ W between weapon racks and not enough floor space to efficiently store all weapons and gear.

Another issue with the weapon racks is the use of a support rail with rivet heads that limits the armorers ability to have a fully slotted back panel. The support rail only accepts barrel saddles at one height setting, requiring the armorer to purchase additional support rails when multiple weapon types are stored within the same weapon cabinet.

This meant as weapons have changed over the course of time since the unit was forced to field these weapon racks, their weapons haven’t been properly supported. 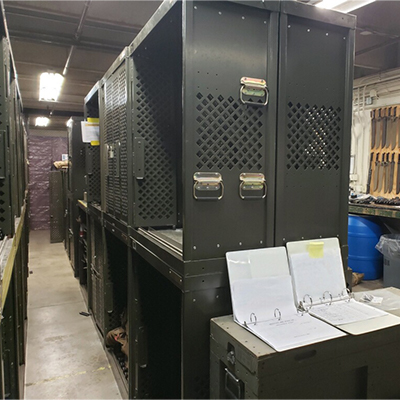 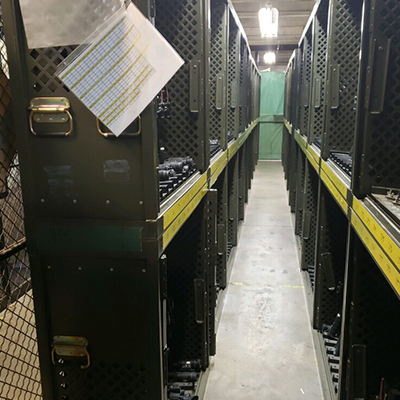 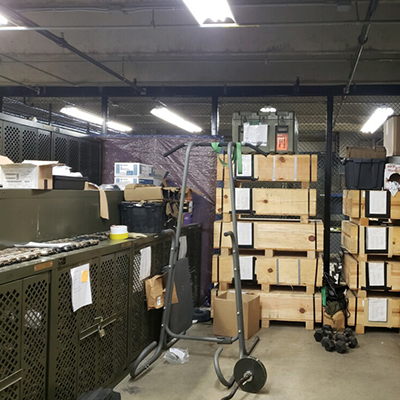 For this project we utilized full height Combat Weapon Racks featuring reverse bi-fold doors on mobile carriages with two tiers of storage primarily for M16s, M4s, and a mixture of heavy weapons including M249s, M240s, M2s, MK19s, and full width adjustable storage shelves to store bayonets and any detached optics or M203s. The rest of the armory was configured with wall mountable weapon panels to store weapon cleaning products and small parts, secure storage shelving for tripods, weapon cases and weapon mounts and a mobile weapon cart to transport weapons.

As high density mobile storage system experts, Combat Weapon Storage was able to design a system that achieved weapon storage density with future growth built into the layout and enough space to give the Marines four separate access aisles into the carriages. This allows the Marine Corps armorers to have access to up to 896 rifles (224 rifles per aisle) where they previously could only get one Marine into an access aisle due to 21″ W aisles between weapon racks.

The existing space saver weapon rack system stored 10 weapons across a 42″ W weapon rack. Replacing them with 42″ W Combat Weapon Racks  allowed for 14 weapons across the same footprint, increasing the storage capacity per rack and with the ability to double tier weapons in the same cabinet instead of stacking two cabinets on top of one another and managing two sets of doors.

We were able to increase storage capacity inside of the armory including multiple workbenches, secure storage shelving and full height weapon racks on a high density mobile weapon rack system number of carriages in the system in addition to increasing storage capacity giving the armory a much larger and legal access aisle to store and retrieve weapons within their high density mobile weapon rack system. 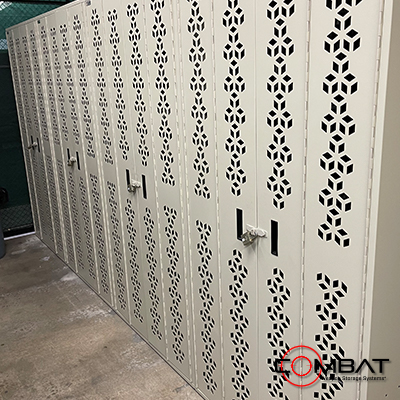 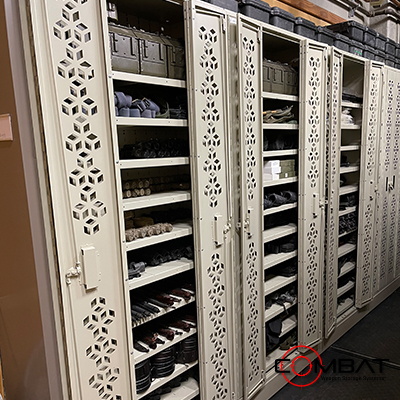 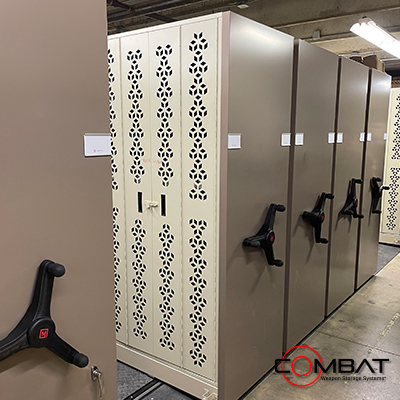 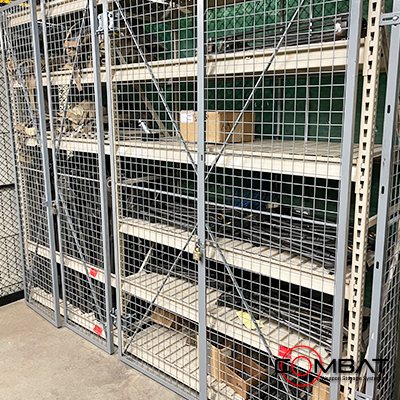 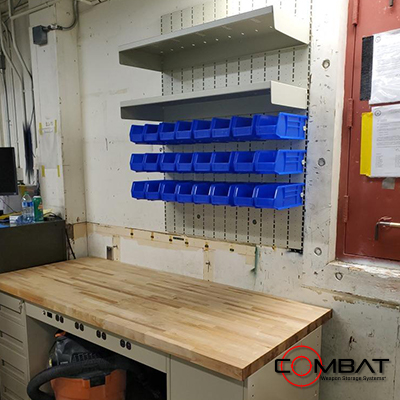 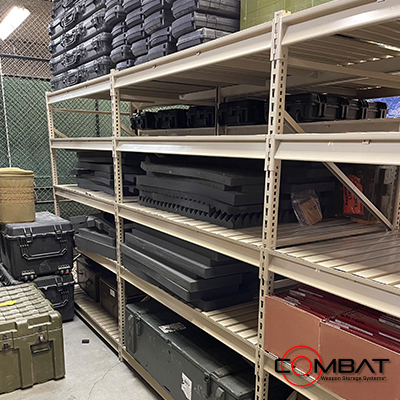 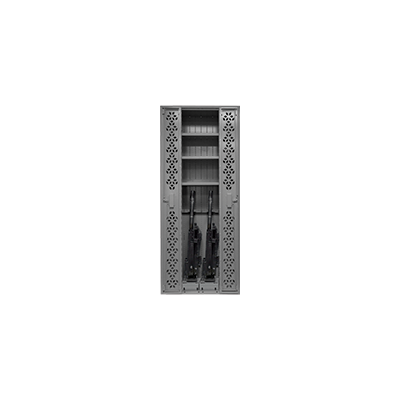 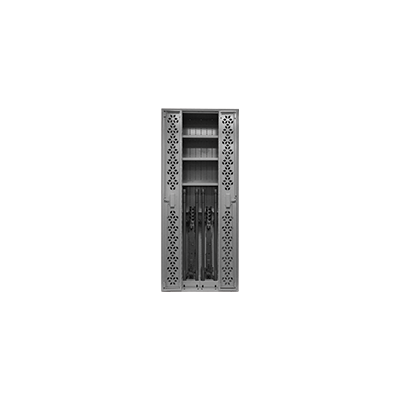 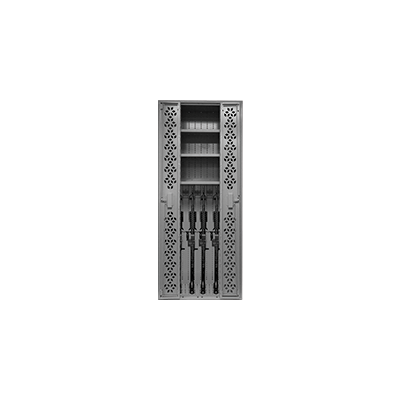